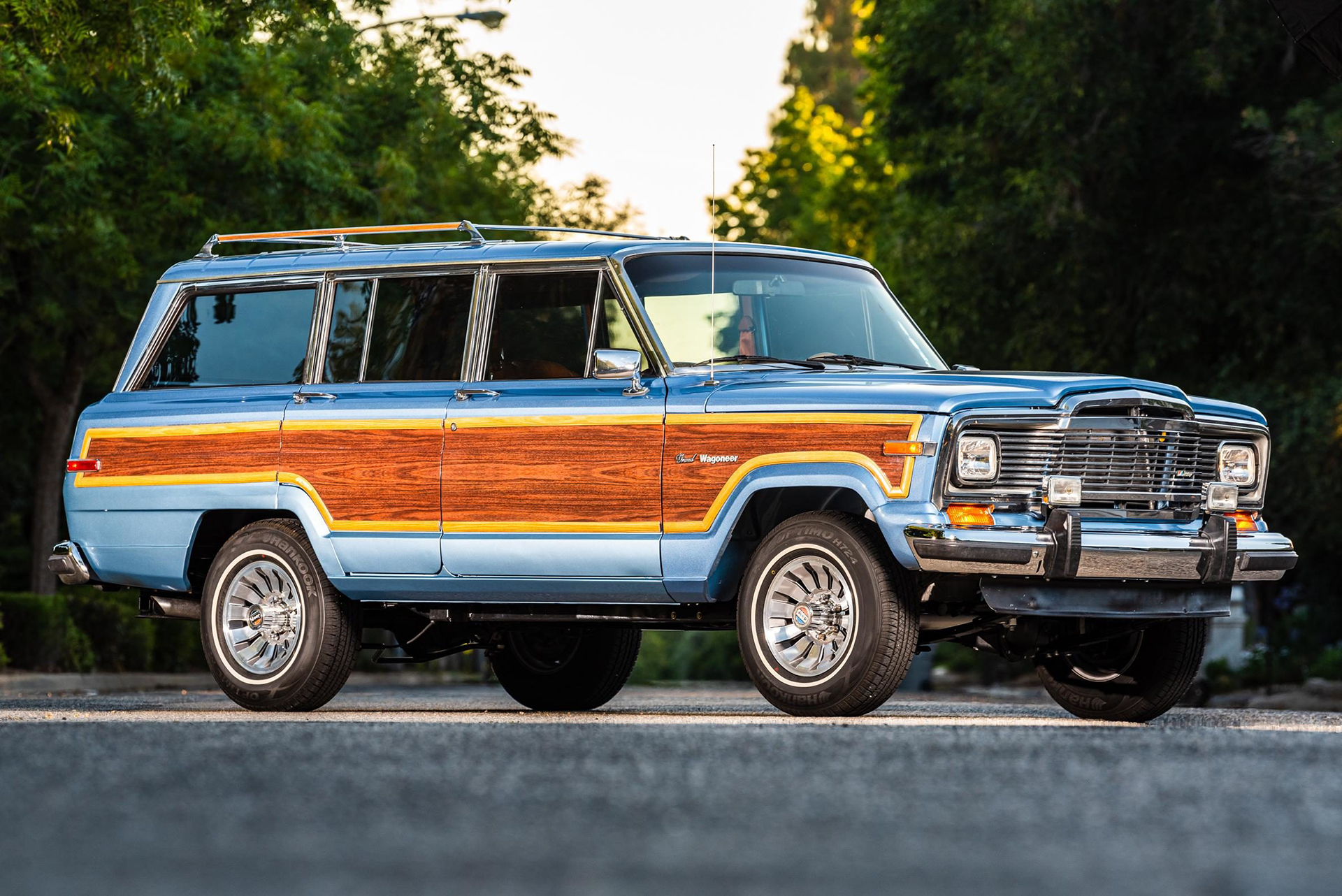 These days, it’s easy to find a Chevrolet LS engine swapped into anything: Mazda Miatas, Jeep Wranglers, and even Yugos. That’s because of the motor’s ubiquity and easy accessibility. So, how about an LS-swapped 1984 Jeep Grand Wagoneer? One cherry and nicely doctored example surfaced on Bring a Trailer recently.

The original Jeep Grand Wagoneer’s V8 was known to be rather anemic from primitive fuel delivery and emissions equipment. So, the current owner and seller x98boardwell decided to take matters into his own hands. To bring the classic Jeep into the modern age, the owner swapped out the old 5.9-liter AMC V8 and three-speed automatic for a 5.7-liter GM LS1 V8 and 4L60E four-speed automatic from a 2001 C5 Corvette. The result is supposedly around 350 horsepower and 365 pound-feet of torque, a huge improvement over the old V8’s choked 190 hp.

The LS1 also had its water pump, front, and rear main seals, and belt tensioner serviced, while also benefiting from an updated wiring harness and new spark plugs. Further modifications include a throttle body from a Camaro SS, a short-ram cold-air intake, an aluminum radiator, an upgraded transmission cooler, and a customized battery tray. The fuel system also features some upgrades and was fully serviced with a new pump and lines all around.

To fit the new heart, the owner used engine mounts from Novak Conversions with custom shift linkages to accommodate the new transmission. The stock transfer case remains but was overhauled with new seals and bearings, while the rear driveshaft was shortened to make room for the new transmission. The front shafts were lengthened and rebalanced accordingly. And to further adapt to the new power output and transmission, both the front and rear differentials also underwent a full overhaul with improved 2.73 ratio gearing.

According to the listing, the Grand Wagoneer is in Fresno, Calif., and was acquired by its current owner around four years ago. The chassis itself has only accumulated around 111,000 miles. Since swapping out the old V8, the truck, in general, has racked up only around 1,500 miles with the LS1.

But the current seller didn’t just replace the engine with a more modern V8. Rather, the owner also conducted a full frame-off restoration. The chassis frame is future-proofed with a powder-coat job, while the body itself was repainted in Iris Blue.

Simply put, it seems like the owner did not let one detail go overlooked in this frame-off restoration.

But if this resto-mod isn't enough for you, bear in mind that Jeep is working on a Grand Wagoneer revival of its own.
About author