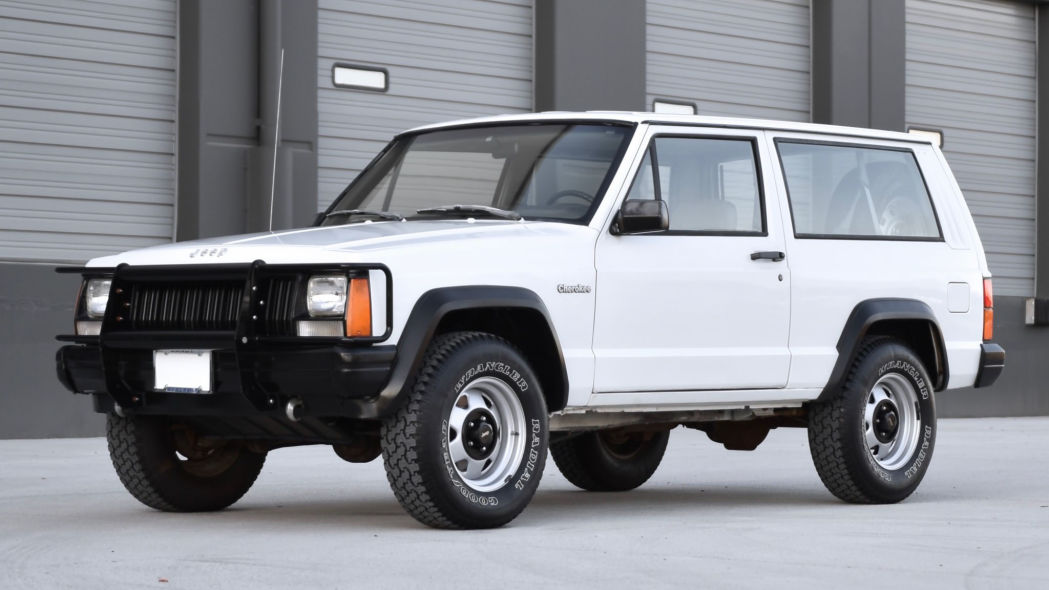 The state of Oregon once again has delivered a well-preserved truck or SUV. This 1993 Jeep Cherokee two-door with a five-speed manual transmission is currently up for auction on Bring a Trailer. The exterior has been repainted, so it's not the time capsule museum piece it might initially seem to be, but dang it if it's not incredibly fresh. Those steel wheels, the new Goodyear tires, the new white paint, and refreshed black trim look terrific. Back in the day, this would've been a sparsely equipped base model that would've been most attractive to government entities (as in the state of Colorado that was initially this Cherokee's owner). Still, today, there's a certain timeless charm about it. Fancier ones from this era, like this Cherokee Limited, are far more dated.

The Cherokee itself is powered by the familiar 4.0-"liter" inline-six engine that produced 190 horsepower and 225 pound-feet of torque. This one has those, as mentioned earlier, five-speed manual transmission and a two-speed transfer case. As this is a base model, there are manual locks and mirrors and crank windows. There's no carpet, either, so a suitable hose should handle any muck or interior spills. It has just a hair under 100,000 on the odometer. 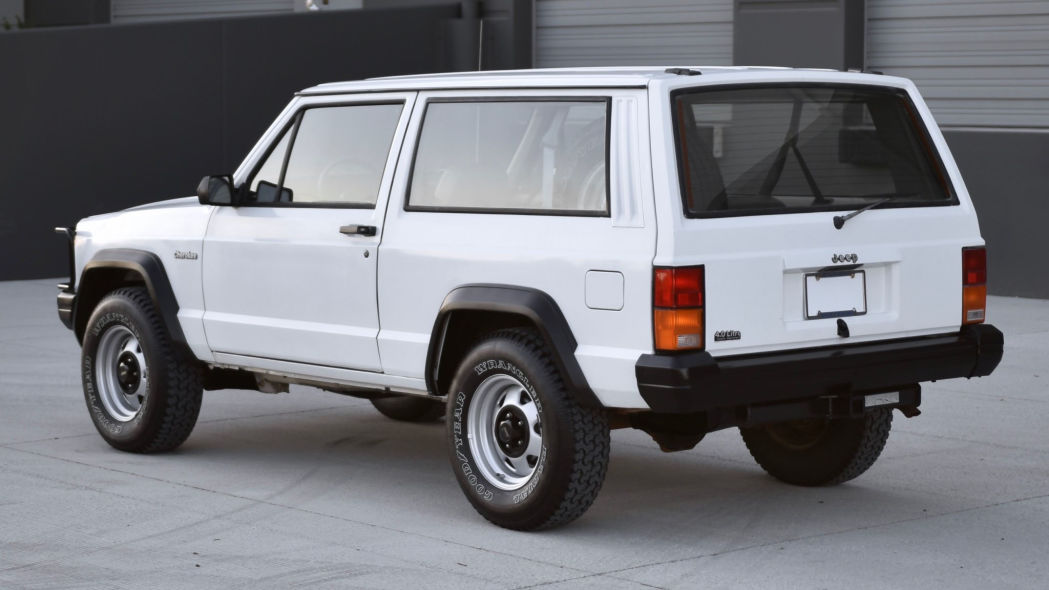 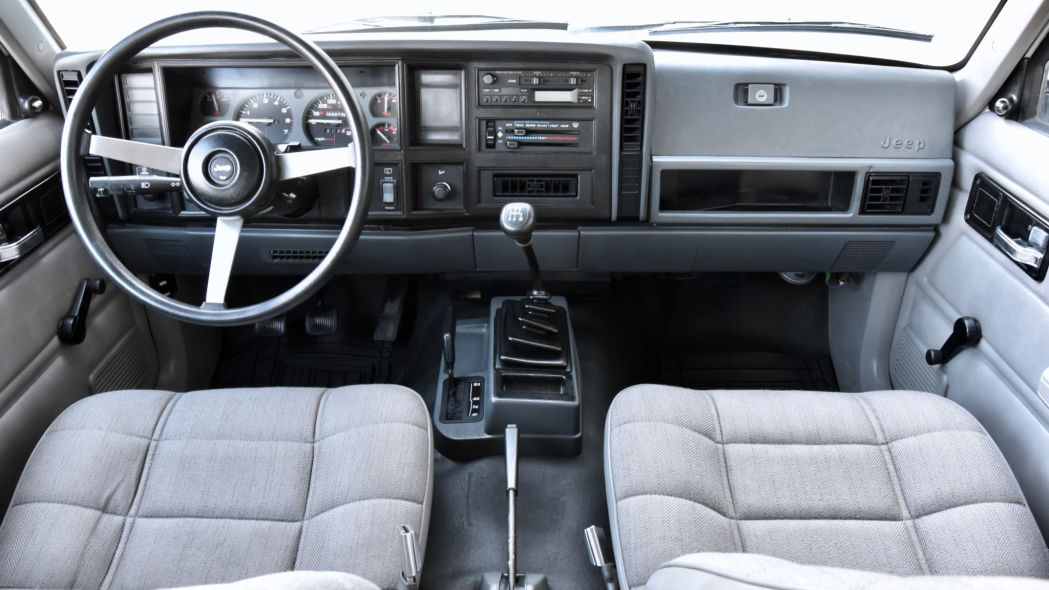