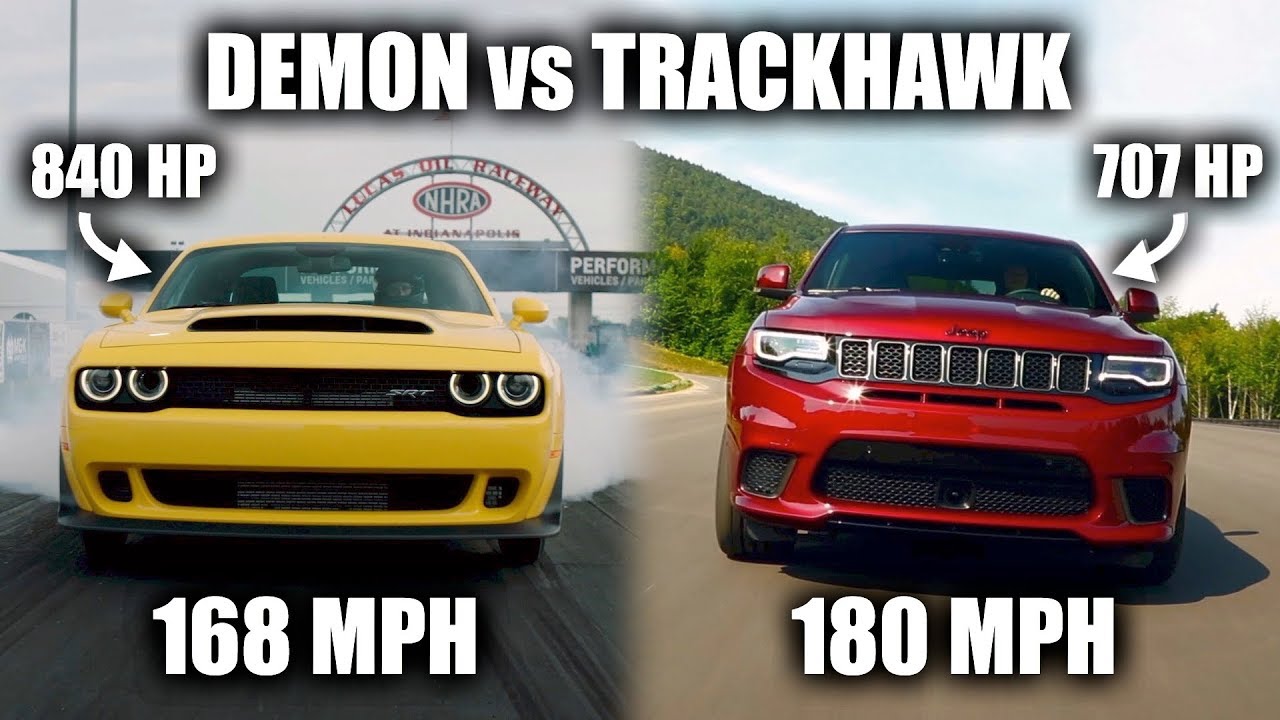 The Demon that Dodge chased from the Challenger range in 2018 might soon possess the Jeep Grand Cherokee. Spy shots taken near a testing facility suggest that before it retires, Jeep's flagship SUV will receive the mighty, 6.2-liter V8 engine that powered the limited-edition Challenger Demon.

Spies have spotted a Grand Cherokee Trackhawk fitted with an unusual hood we've never seen before. The standard, 707-horsepower model has a pair of power domes you could almost call discreet. The prototype depicted in the spy shots gains a much more prominent bulge positioned behind a scoop that looks functional. It stands to reason that a mammoth supercharger requires both.

Shoehorned in the Demon, the supercharged, 6.2-liter Hemi V8 made 840 horsepower when burning race gas, though that figure dropped to 808 when it slurped premium unleaded. The Challenger Demon took 2.3 seconds to reach 60 mph from a stop, and it popped a wheelie for nearly three feet. Imagine a Grand Cherokee capable of delivering similar performance.

Stuffing the Demon engine between the Grand Cherokee's fenders would allow Jeep to brag about building the most powerful SUV on the market. To add context, the Lamborghini Urus offers 650 horsepower from a twin-turbocharged, 4.0-liter V8. Shop at Porsche, and the most you can drive home is 670 horsepower courtesy of the gasoline-electric Cayenne Turbo S E-Hybrid. Bentley pegs the 190-mph Bentayga Speed's output at 635 horsepower.

Jeep hasn't publicly announced plans to release an even wilder evolution of the Grand Cherokee Trackhawk. Assuming that's what the spy shots depict, the model will likely make its official debut in the coming months, and it will arrive in showrooms during the 2020 model year. It might be the last variant of the current-generation Grand Cherokee; Jeep has already started testing the model's replacement, and we're expecting to see it in the metal by the end of the 2020 calendar year.
Reactions: War_Panda04
About author