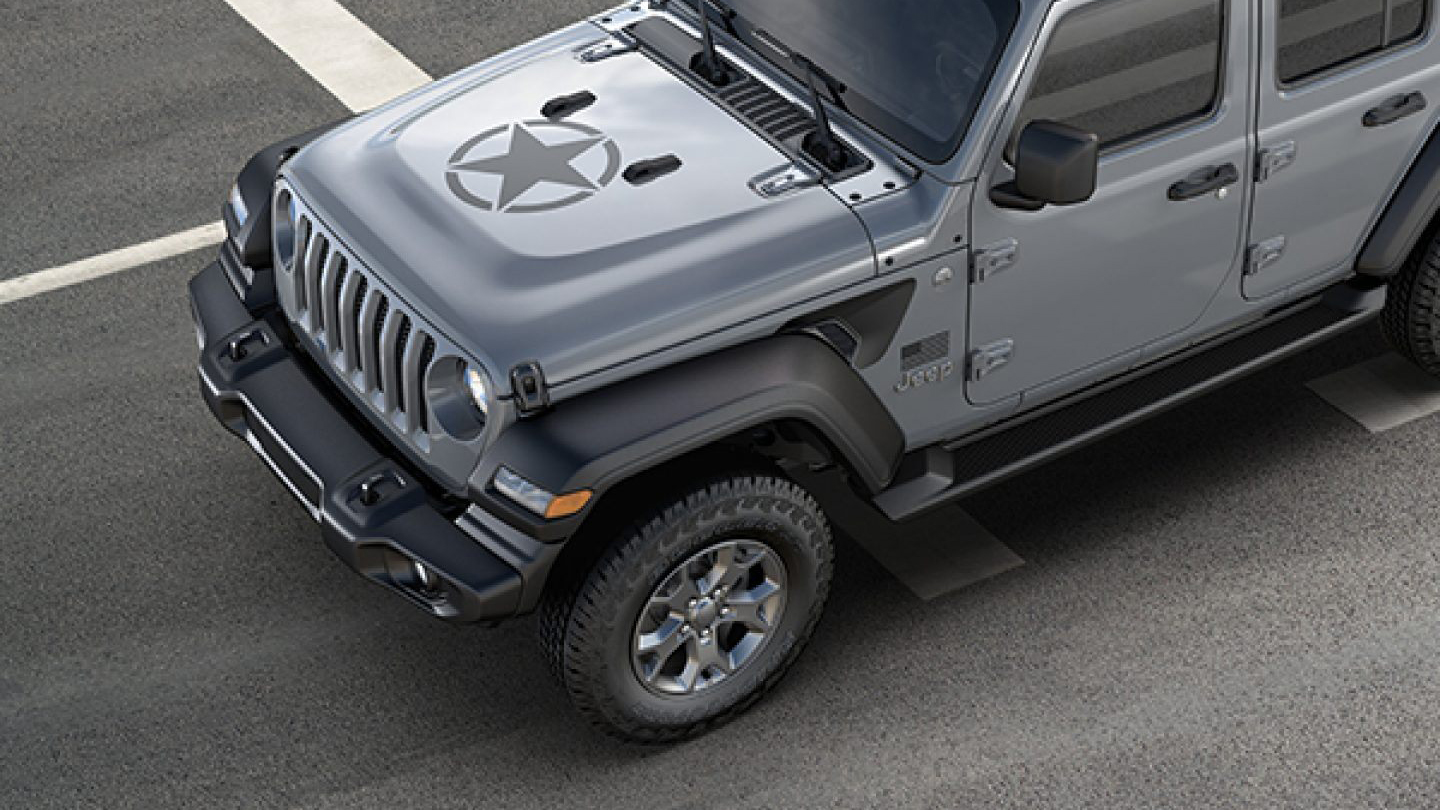 Jeep is resurrecting the military-themed Freedom special edition for the 2020 Wrangler, and we now have details and pricing for the package, which joins two other limited-edition models, the Willys and the Black and Tan models. The special edition follows the just-announced Ram pickup Built to Serve models, which also honor the armed forces.

The Wrangler Freedom is based on the one-up-from-base Sport S trim level and is offered in two-door and four-door body styles. Unique graphics include a large star on the hood, American flags on the front fenders, and "Oscar Mike" (military shorthand for "on the move") on the tailgate and stitched into the seatbacks. Among the included feature content is a premium Sunrider soft top, 17-inch wheels with a gray finish, cloth seats with leather accents and silver contrast stitching, and an aluminum data plate inside the tailgate that references the original Jeep's military history.