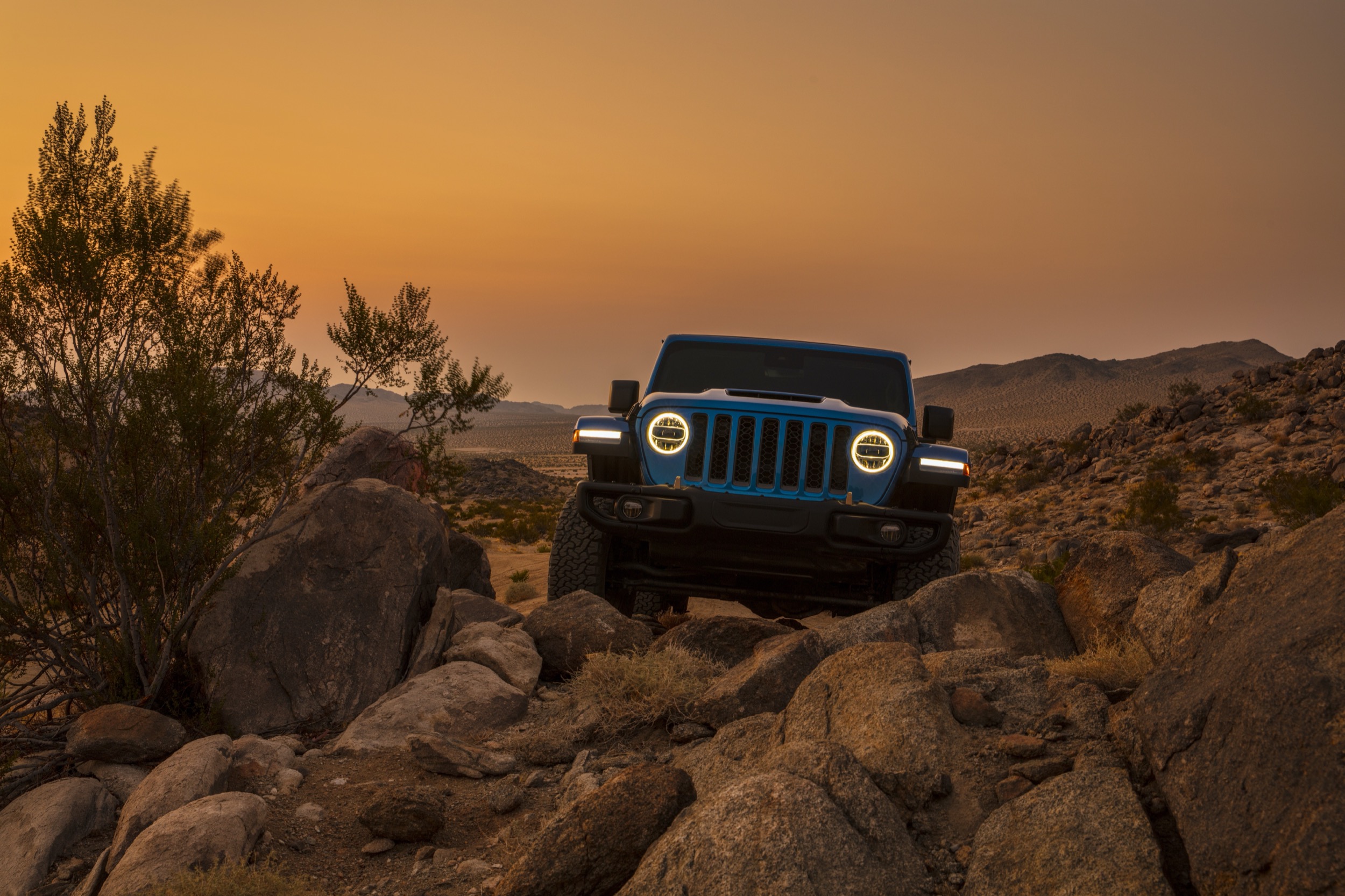 The Hemi-powered 2021 Jeep Wrangler Rubicon 392 appears as though it will be priced in the mid-$70,000 range, commanding a premium of nearly $30,000 over an equivalently optioned Rubicon with the 3.6L V6.

A future owner ordered a 2021 Rubicon 392 build in Jeep's VIN tracking system, showing a price of $77,055. While it was labeled in the interface as a Wrangler Unlimited Sport model (the base four-door trim), he says that the "27X" order code is for the 392 package.

The user says he ordered his Wrangler with the optional Dual Top package (which comes with both the removable hardtop and classic soft top, as its name suggests) and the trailer tow package. Combined, these add $3,365 to the sticker price of a '21 Wrangler per Jeep's own configurator, which would point to a starting MSRP of $75,185 after Jeep's standard $1,495 destination fee.

If that seems steep, well, it is—a Rubicon with the 290-horsepower 3.6L V6 and the same options checks in at $47,075 after destination. The cheapest trim that can be ordered with the same options, the Sport S, costs just $40,640 all-in. Jeep's other powertrain alternatives include the no-cost 2.0-liter turbo, the $1,500 eTorque mild hybrid V6, and the $4,500 EcoDiesel.

In other words, if this report is accurate, the 470-horsepower 6.4-liter V8 will cost six times as much to option as the 260-horsepower oil burner. Both make more than 400 pound-feet of torque, but the premium for nearly doubling the diesel's horsepower is a bit eye-watering. For further context, Jeep's own 392-powered Grand Cherokee SRT checks in with a base price of $70,905.

What are your thoughts on the price of this Jeep Wrangler? Do you think FCA has lost their minds?