Who Likes Donuts With Their Jeep Wrangler? 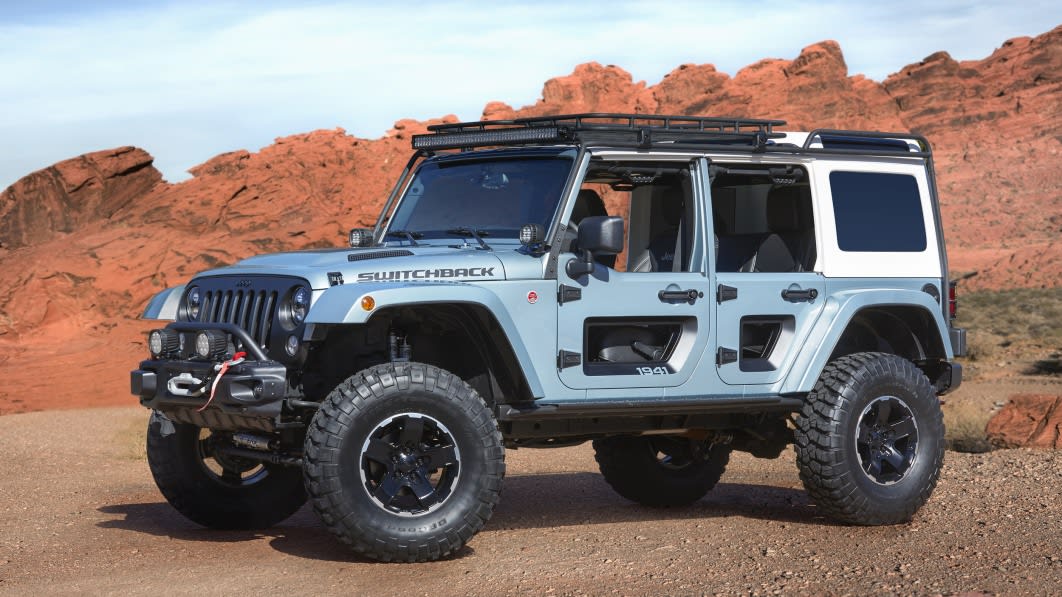 Jeep and Ford have previewed donut doors for their respective off-roaders in the past few years. While the Bronco won't get them due to safety-related hurdles, a recent patent filing suggests there might still be hope for Wrangler owners who want doors without a middle.

In 2017 Jeep filed a patent (when Jeep was still part of Fiat-Chrysler Automobiles) and published it in December 2021. It contains sketches that depict doors that look a lot like the units fitted to the Switchback concept (pictured above) shown at the 2017 edition of the Easter Jeep Safari. They're frameless, and they have a big hole in the middle — hence the delicious-sounding name. Similar doors on a Wrangler were displayed at the 2018 Los Angeles auto show, and at the time, Jeep clarified that the design was merely a prototype.

It's important to note that a patent or a trademark filing does not guarantee that a car, nameplate, or feature will reach production. Carmakers routinely protect intellectual property to ensure that it doesn't end up in a rival's hands. Considering that the initial patent was filed over three years ago, it's not too far-fetched to assume that it might be related to the Switchback concept and not to production-bound doors.

Bringing these doors to production sounds easier said than done. Ford reportedly decided that offering donut doors on the Bronco is more trouble than it's worth because they don't comply with safety standards, so that the Jeep may face similar hurdles with the Wrangler. Both firms are working to give enthusiasts more door options, however. Jeep made half-doors available on almost every version of the Wrangler earlier in 2021.

They cost between $2,350 and $4,395, and the Bronco will allegedly be available with cool tubular doors in the not-too-distant future.

Let us hear your likes and dislikes on the brand on these new doors for the Wrangler, and would you purchase them if made available?
About author