You are using an out of date browser. It may not display this or other websites correctly.
You should upgrade or use an alternative browser.
Article Gallery (1) 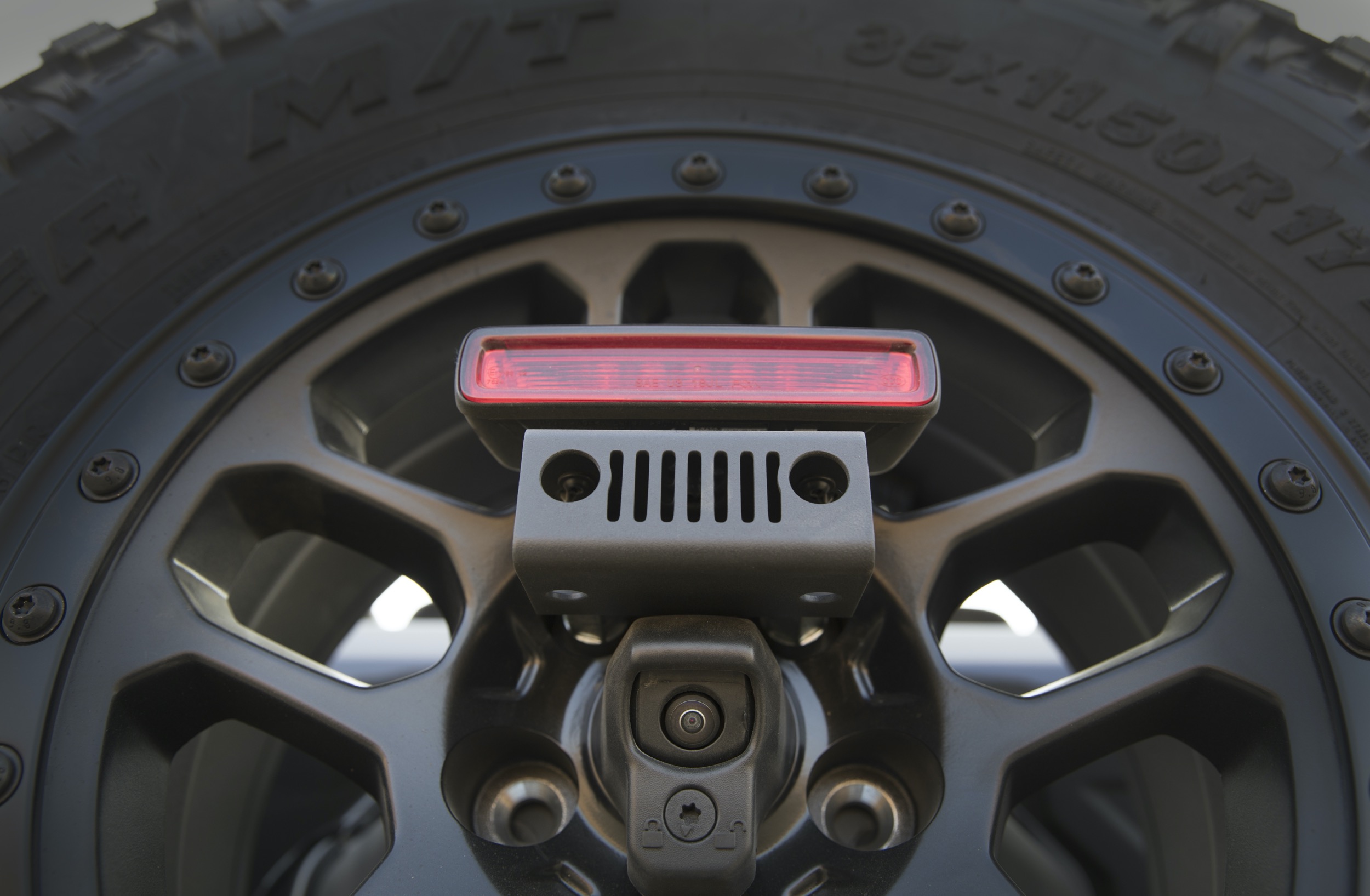 We know you are excited about the new 2021 Jeep Wrangler Rubicon 392, as we are as well. It has 470 horsepower, even more capability off the beaten path, and finally answers the question, "What would happen if Jeep put a V8 in the Wrangler?" Sadly, we'll need to wait a bit longer to find that answer as we have yet to drive the late-availability 392.

As for the rest of the extensive '21 Wrangler lineup, we've got you covered. From a humble 2-Door Wrangler Sport to a swank $50,000 Wrangler Unlimited High Altitude, with multiple engine and roof choices in between, there's definitely a Wrangler for every taste, need, and desire. As always, though, we'll share a word of warning: Though every one of those Wranglers is cool and capable, none is what we'd call civilized by modern standards. Ride comfort, handling, interior noise, safety ratings, fuel economy, cabin security … we could go on and on, but we won't.

What's new for 2021?
There are significant additions to the increasingly extensive Wrangler lineup. Chief among those is a pair of new models: the Wrangler 4xe plug-in hybrid and its complete opposite, the 470-horsepower Rubicon 392. Neither will be available until well into the calendar year 2021.

Engine availability has been greatly expanded. All trims now are available with a choice of base V6, V6 with eTorque mild-hybrid system, the turbo inline-four, or the turbodiesel. Each also comes with an automatic stop-start. The availability of the full-time four-wheel-drive systems (dubbed Rock-Trac for Rubicon and Selec-Trac for the others) has also been expanded. The Rubicon now comes standard with an Off-Road Plus driving mode that adjusts throttle, transmission shift points, and traction control, while a new optional TrailCam gives you a view ahead from the bumper. Finally, there are 80th Anniversary and Islander special appearance packages.

What's the Wrangler interior and in-car technology like?
The 2021 Jeep Wrangler has a stylized interior to match the exterior looks. There's no mistaking it for any other vehicle when you're inside. The exterior paint bleeds through onto the pillars and other parts of the interior. A tall, upright seating position provides a commanding view over the relatively short, narrow hood. You sit close to the windows and a windshield that is more raked than past Wranglers. All the controls are easily within reach.

The base Wrangler comes with a basic 5-inch touchscreen for barebones audio/car controls, but the optional 7- or 8.4-inch touchscreens are highly recommended for their added feature content and user-friendly functionality. There's a similar disparity in materials depending on how you option it. A Sahara or Rubicon with all the leather boxes checked can start to feel half luxurious inside, while a base Sport is a plastic and rubber paradise. Regardless of trim, though, the Wrangler's interior is a very different place than most cars for sale today (and a great improvement over its predecessors).

There are multiple roof designs available, but all allow the Wrangler to be a convertible, albeit with varying degrees of difficulty. Two "Sunrider" soft-tops differ in material (the standard is vinyl, and the Premium is a thicker canvas-like material) but offer the same improved functionality over the previous-generation Wrangler. They're still very noisy, have plastic windows, and allow a car prowler to easily "break" inside. The optional "Freedom Top," available with black or body-colored pieces, corrects those issues. It provides a pair of removable panels over the front seats, but they have to be stored someplace. You can also remove the rear-quarter window panels, as you can with the Sunrider, for a freer-flowing cabin while keeping the roof in place to prevent sunburns. If you're OK with the sun, though, there's another option, and it may be the best of both worlds. The Sky One-Touch Power Roof is basically a giant cloth sunroof that provides the quickest and easiest way to let the air and sunshine in. Check out our full review with a video of it here.

Finally, Jeep lets you do some things other manufacturers don't with the Wrangler. The big one is that the doors (two or four) can be taken off. Then, if you particularly enjoy the taste of bugs, the windshield can be laid flat on the hood. Remove the roof, and you're basically left with a Jeep skeleton. Features like these are just the beginning of why the Wrangler is so well-loved by its fanbase.

How big is the Wrangler?
Interior space for the 2020 Wrangler is respectable, especially if you opt for the four-door. Rear legroom is compromised in the two-door at just 35.7 inches, whereas the four-door provides a far more useful and comfortable 38.3 inches. The big annoyance is getting in and out of the two-door's rear seats — lifting the suspension (as owners often do) makes it even worse. Once you're back there, things are comfortable enough for short trips. However, the upright seating could become problematic for longer ones. Taller drivers may also find that the front seat doesn't move back far enough, and some may balk at there being no power-operated driver seat available in a vehicle that tops $40,000.

The two-door cargo space is a meager 12.9 cu-ft with the seats up, and 46.9 cu-ft with them folded down. The larger four-door has 31.7 cu-ft of space with the seats up and 72.4 cu-ft when folded down, comparable to many two-row midsize crossovers. As we discovered in our Wrangler luggage test, the boxy design enhances versatility, but it's also an unusually shaped area with door latches and roof pillars taking up space.

The ease of loading depends on your choice of roof (soft-top or hardtop). The hardtop opens up the swing door and glass area easily, while the soft top makes loading some items a pain because you'll have to remove part of the soft top to access the whole loading area. It's also possible for fine dust and sand to make their way through the soft top's seals.

What are the performance and fuel economy?
Settle in, folks; this is going to take a while. By 2021, the Wrangler gets even more powertrain possibilities.

The standard engine is a 3.6-liter V6 good for 285 horsepower and 260 pound-feet of torque. A six-speed manual is standard, and an eight-speed automatic is optional. Automatic stop/start is also included, as it is on all powertrains but the 392. Fuel economy for a four-door automatic Wrangler (the volume seller) is 19 mpg city, 24 mpg highway, and 21 mpg combined. Differences in body style and transmission have a negligible effect.

For $1,500, this engine can be upgraded with the eTorque mild-hybrid system. This adds a dollop of power when accelerating from a stop, but more importantly, it increases the auto stop/start system's capability and smoothness. The result is greater refinement and tiny fuel economy improvement.

A 2.0-liter turbocharged inline-four paired with eTorque is a no-cost option. It produces 270 hp and 295 lb-ft of torque. The eight-speed auto is standard. Fuel economy improves to 21/24/22 with the four-door, which obviously isn't much. This engine also requires premium fuel. Consider this a performance upgrade.

A most appealing upgrade is probably the 3.0-liter turbodiesel V6. It produces 260 hp and 442 lb-ft of torque. It, too, is automatic only. Fuel economy goes up to a more appreciable 22/29/25. If you do a lot of highway driving, this is the one to get for now.

The late-availability addition of the new Wrangle 4xe plug-in hybrid should change as Jeep is estimated to get 50 MPGe (mile-per-gallon equivalent). It combines the 2.0-liter turbo with an electric motor and battery pack to achieve 375 hp and 470 lb-ft of torque. It is estimated to provide 31 miles on its electric charge, which will be especially beneficial around town.

On the other end of the spectrum is the new 2021 Wrangler Rubicon 392. This is the long-awaited V8 Wrangler, specifically a 6.4-liter V8 good for 470 hp and 470 lb-ft of torque. Jeep estimates a 0-60-mph time of 4.5 seconds, which is 40% quicker than a V6-powered Rubicon. A beefed-up eight-speed automatic is included with a full-time Selec-Trac four-wheel-drive system.

Every Wrangler has a four-wheel drive, but the driver operates the standard system (apart from 392 and 4xe) with a floor-mounted transfer case-control. The available Selec-Trac and Rock-Trac full-time four-wheel-drive systems effectively change into 4-Hi automatically when traction demands it. In this way, it's a bit like an all-wheel-drive system, though it maintains a low range.

For everything else, Wrangler remains a bit of a bear to handle. The steering is slow, and crosswinds cause it to stray from its lane on the highway. Bumps and road imperfections are felt throughout your body, and the wind noise is quite tragic at higher speeds with the soft top. The hardtop isn't exactly serene, either, and in general, you'll find a Jeep Grand Cherokee or Toyota 4Runner to be more comfortable and refined. On the other hand, the JL Wrangler is improved in all those areas than its predecessors, especially its steering, which is not only far sharper and reassuring than the vaguely spooky Wranglers of the past but actually better than the 4Runner's. This Jeep is definitely better than previous Wranglers for daily driving duty, but we still wouldn't recommend that someone purchase one for that sole purpose.

Acceleration is perfectly adequate from the base V6 engines, and there's very little hunting and pecking as the automatic gearbox picks the proper ratio. The six-speed manual is fine, with a reasonable clutch pedal that's not too hard or long to make using it a pain. Far from it. There's just enough power to spin the rear tires from a standing start with the V6, but know that the much heavier four-door model will be considerably slower than the two-door Wrangler. The turbocharged four-cylinder may enjoy a fuel economy advantage, but it actually feels quicker than the V6 as well. The thrust still won't blow you away, but the turbo does represent a performance upgrade. The diesel engine provides the slowest acceleration of the three powertrains, and it's laggy, but oh boy, its abundant torque makes it feel like you're packing a monster under the hood. Unfortunately, it sounds a bit like a monster, too, even if it's smooth and refined for a diesel.

Will you be in the market for a new Jeep Wrangler? If so, please let us know what model you'll be purchasing.

Join the community today; we'd love to meet you.
About author