Jeep Gladiator into a Scrambler Tribute

You are using an out of date browser. It may not display this or other websites correctly.
You should upgrade or use an alternative browser.
Article Gallery (1) 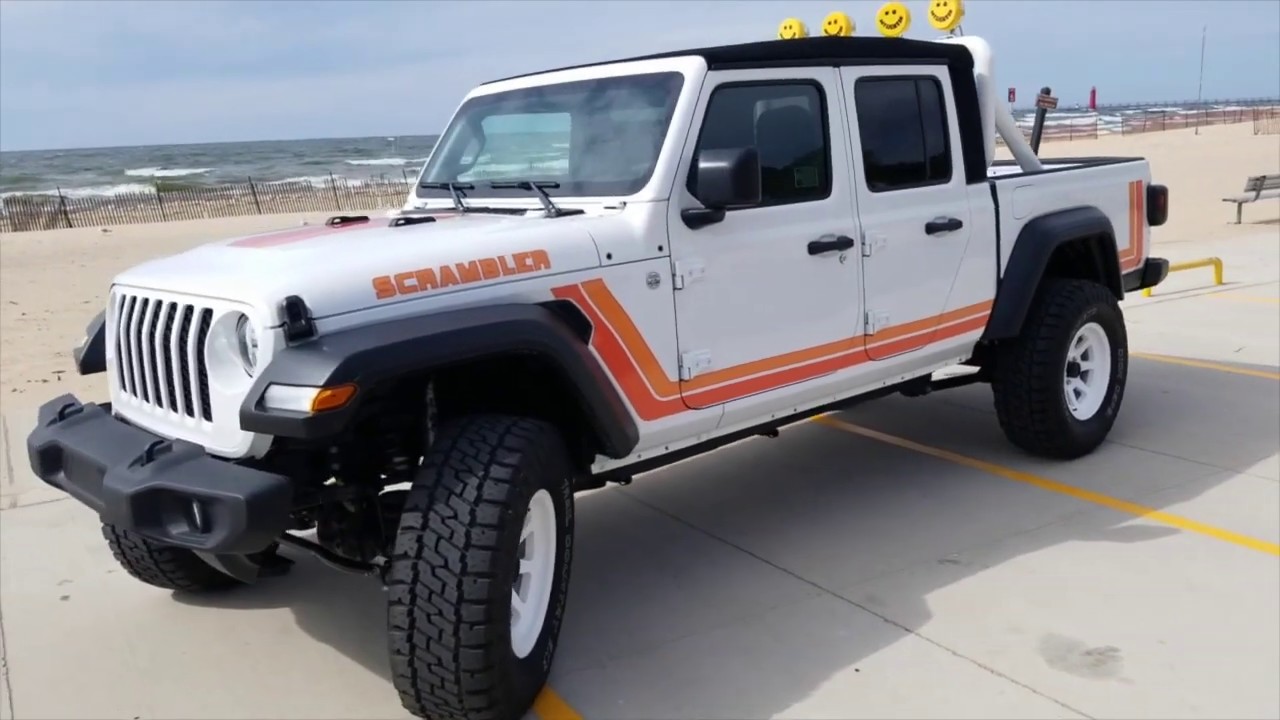 It is built by Preferred Jeep in Grand Haven, Michigan — the Scrambler look-back just about nails one of the iconic Scrambler liveries from 1982. The only things missing are the brown hardtop and brown wheel cover for the bed-mounted spare tire.

The Gladiator S comes with an eight-speed auto. We prefer the six-speed manual, but the transmission isn't a misstep — the original offered a three-speed automatic. White wagon-wheel rims wear 35-inch tires under a two-inch Mopar lift, the custom roll bar is lined with enough lights to spook everything in the hills, and the spare tire gets a period-correct Y-shaped retaining bar. There's a basic infotainment system inside, and plenty of other features the Scrambler never offered like climate control, heated front seats, and Bluetooth.

Anyone who wants to take the dealer version home will start the negotiating at $52,270 before incentives. Sure, that's not far off Gladiator Rubicon asking prices, but frankly, it's also not now off some original Scrambler asking prices. In 2010 you could find OG Jeep pickups in the fancier Laredo trim under $10K. Dealers and private sellers are now asking anywhere from the mid-$20,000s to more than $40,000 for good examples of the one-time ugly duckling. Models with LS engine swaps have gone for close to $50,000 at auction this year.

Jeep created a Scrambler concept for this year's Easter Jeep Safari and "didn't rule [it] out ... for production one day." Until one day comes, Grand Haven's work might do the trick.
About author