Mahindra Thar, and Yes, It Totally Looks Like a Jeep Wrangler 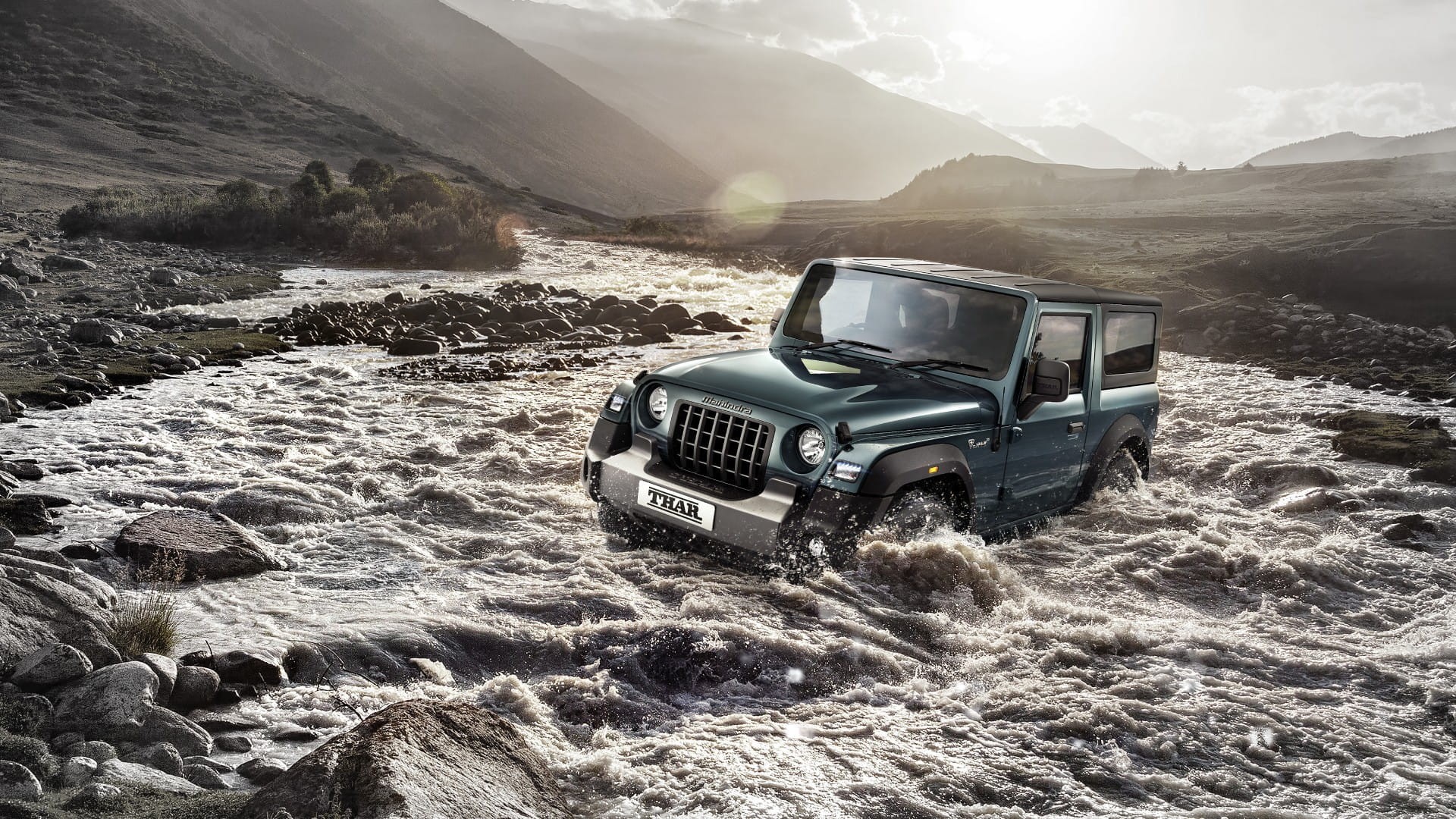 Since Fiat Chrysler Automobiles successfully put a stop to India's Mahindra's plans to import it's budget off-road SUVs, perhaps the company just stopped trying to make cars resembling Jeeps. Why? Because the Mahindra Thar looks so much like a Wrangler.

Mahindra revealed the Thar over the weekend and said the new SUV is even more capable than the model it replaces. Much as the SUV looks like a Wrangler on the outside, it doesn't have the same appeal inside; it's clear this is a very budget SUV at the end of the day.

We won't even talk about the fact the headlights, grille, and overall profile mimic the Wrangler. That's obvious enough. Inside is where the SUVs venture down different roads. While the Wrangler sports a charming cabin even in its most affordable trim, the Thar looks like a sea of gray plastic. Budget isn't always a bad thing, but there's nothing particularly attractive about this interior.

Ahead of the driver sit analog gauges and a small information screen, and to the left, a 7.0-inch infotainment screen. All the controls seem straightforward enough.

Powering the Wrangler lookalike is either a 2.0-liter gasoline engine or a 2.2-liter diesel engine, and buyers have the choice of a six-speed manual or automatic transmission. 4x4 capability is standard, too, and the Thar gets some new safety gear that would have been new in the US decades ago. Anti-lock brakes, two airbags, and other essentials for the US are now included.

We won't see the Thar in the US since FCA's legal teams fought to block any Mahindra imports to the US of the Roxor model, which also looks like a Wrangler. Maybe that's for the best.

If these were available in the USA, would you purchase one?

We'd love to hear your thoughts on the Thar.
About author